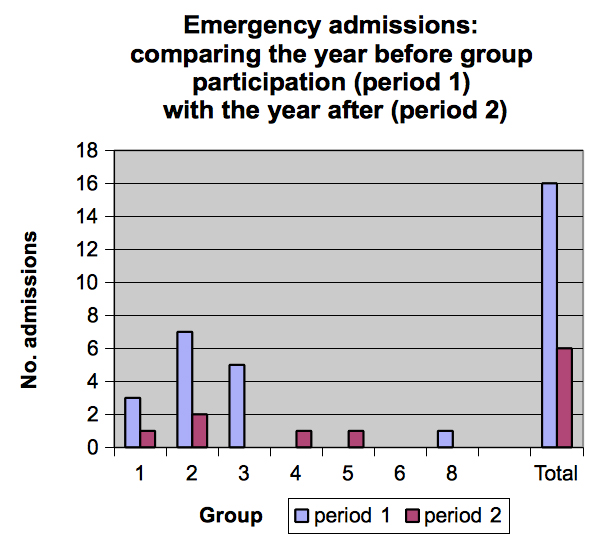 Additionally patients of Sleights and Sandsend practice were evaluated with respect to A&E attendances not resulting in admission. Only four groups were evaluated in this way (which did not include all participants, only those registered with the Sleights ans Sandsend practice). Total A&E attendances for this group of patients (14 individuals) were five in the year prior to group participation and one in the year following the group.

"The CORE System (Clinical Outcomes for Routine Evaluation) has been designed in the UK for use in psychotherapy, counselling and other psychological therapies to measure outcome and provide for service audit, evaluation and performance management. The measure has been extensively piloted and resultant data  suggest: the measure (1) has considerable clinical face value; (2) has supportive validity and reliability; and, (3) distinguishes between clinical and non-clinical or general populations” www.coreims.co.uk

Use of CORE in the “Living with Long Term Illness” project:

We use the CORE instrument to evaluate each group at the beginning of the group process, (Before) and at the end (After). Taking the mean of scores for each group, in all six groups evaluated we have seen a reduction in the CORE scores at the end of group participation compared with at the beginning as illustrated in the graph.

The "Normal" value shown is that determined by the CORE groups evaluation of over 1000 people not engaged in psychological services. 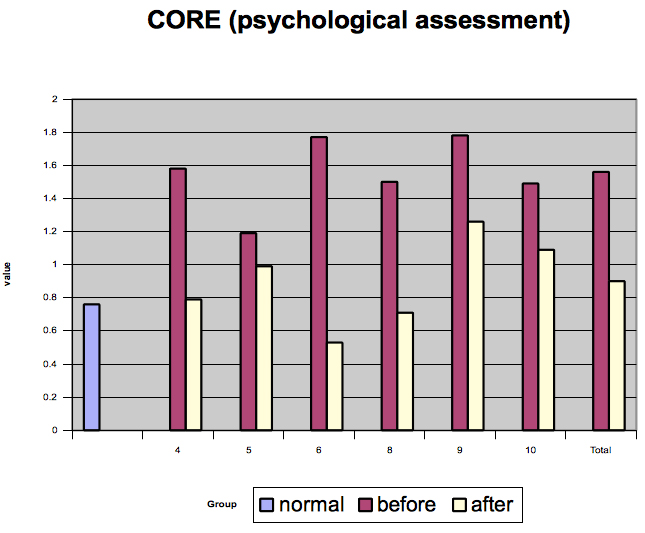